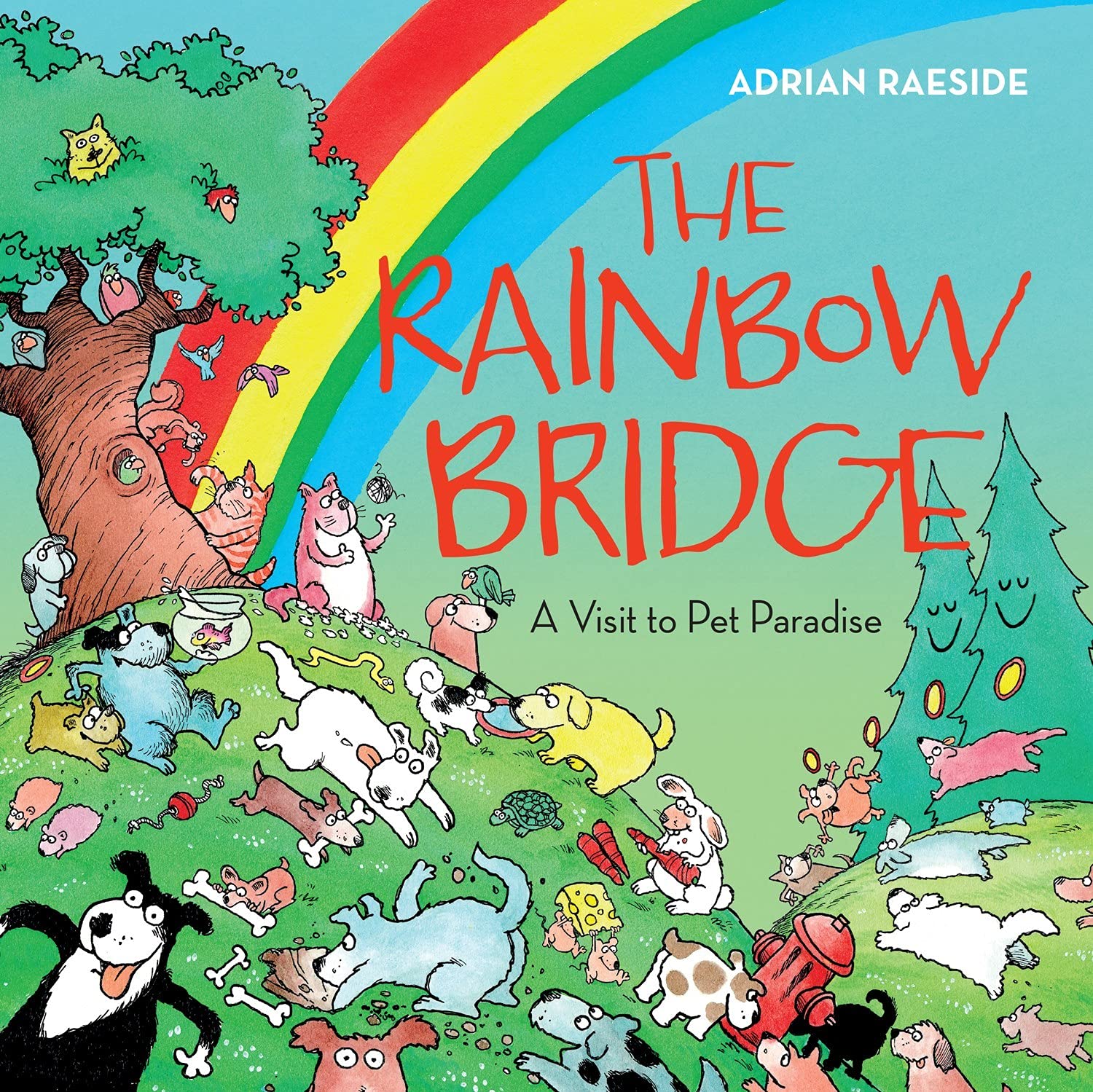 The Rainbow Bridge: A Visit to Pet Paradise

Seven-year-old Rick and his beloved dog Koko are inseparable. They cavort in the swimming hole, chase each other through the fields, play fetch and wrestle. But their relationship changes as Koko grows old and his health declines.

With Koko’s passing, Rick is devastated. But then one night, he is woken by Buster, a flatulent but well-intentioned messenger dog, who suddenly appears at the boy’s bedside. Buster ferries Rick to a magical paradise for pets where Rick is reunited with Koko; it fills Rick’s heart with joy. It’s a place where cats burrow through fields of catnip, no couch is off-limits to dogs and frisbees are flung endlessly. This mysterious adventure is truly a holiday miracle!

Adrian Raeside captures the special bond between humans and their pets, and with marvelous illustrations, brings a gentle humour to a story that will resonate with children and pet lovers of all ages.