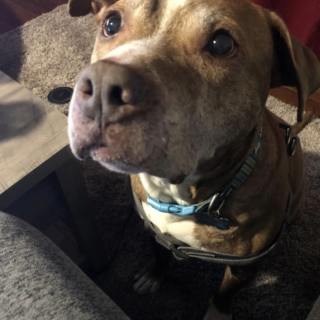 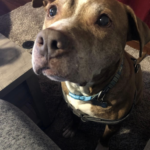 I adopted Gucci from the shelter in AZ on 2/16/2016, which the day he was scheduled to be euthanized. After being Gucci home, it was evident he had a rough life prior to being adopted. It was suspected he was a bait dog for dog fighting. It took time but he eventually trusted me and we developed a wonderful bond that was full of unconditional love. He was present from all the great and worst times of my life. We eventually traveled back to my home state of NJ together and he lived here with me from August 2017 until his passing. I eventually had children and he loved them. He could be found laying next to their bassinet or next to us while we held them. As Gucci aged, his health started to deteriorate but I ensured his quality of life was maintained and he received all the care that would help him. Though I knew this time would eventually come, I was not ready though I know he’s at peace now and out of pain. I will love and miss him forever.

If love alone could’ve kept you here, you would have lived forever.