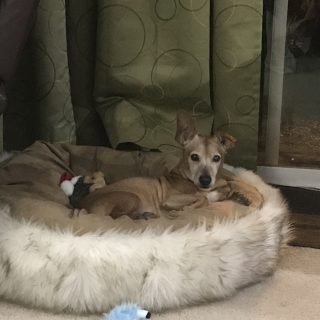 Copper following my husband and me around into every room. 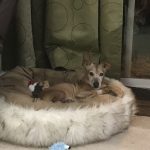 Copper. He was a rescue. He was two when we adopted him and he had a awful beginning according to his foster mom. I believe we gave him a happy life full of love and understanding. He was the sweetest dog you’d ever meet. Very loyal to us and he always preferred us to strangers. He was a goofball you almost could never get a picture of him without him moving around. Copper and his adopted sister used to fight and play just like a real brother and sister. He was our second dog but to my husband he was his favorite dog even though you shouldn’t pick favorites. I always said your my favorite boy dog and Molly is my favorite girl dog. I also said when I found out he was sick that God needed his best angel back sooner to go home to heaven. He was my earth angel but now he is in puppy heaven. March 3, 2007 until August 23rd, 2021. 14 years 5 months old but forever a puppy in our hearts.