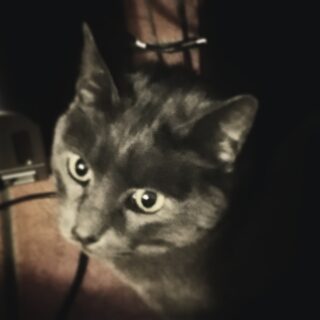 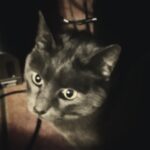 Darrell at age 6, was given to my husband and I by a friend. Famously known for his “tiny paws” that had the ability to dig in when he “made biscuits.” He also acted more like a dog than other cat we’ve ever had. He would snuggle, play, follow you around, demand a seat on the lap and get mad if his hooman (mom) moved. He survived kidney disease for over 15 years, had a severe allergic reaction that led to him losing his hair on his head (yep he became the blad old man) and may other obstacles. He passed away at age 23.

As your heart beat goes silent, min will carry on for yours and all the love you have given me.